Everything’s going smoothly so far and updates are pretty much awesome, but my brain won’t stop ideating new/other features.

Right now, the most important thing I can’t stop thinking about is the (already planned?) addition of a custom/imported category material folder in Visualization, or each of the aforementioned category a folder. Since USD is omnipresent and growing, it shouldn’t be hard compared to what you’ve already done since day 1.

Everyone here has preferences and priorities, and I know mine are always hard to understand or totally odd, but it’s nothing like that right now.

As an example, here’s fractal artwork applied to wood thanks to a super high voltage input (it actually “burns” wood inside, and a pattern appears outside). Everything around me and near everyone on wood-dedicated forums are telling me that it’s very far from being a mere fad. 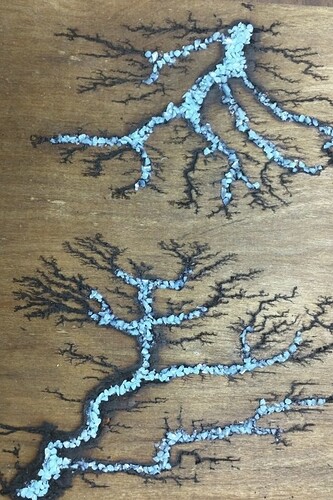 Try to achieve this with any rendering engine and tell me about it!

Now, this is something quite straightforward. Wood and fractals. Nothing complex.

Second example: Icelandic-only landscape. I have no idea if I’ll use this local oddity or not, and if I do, I have no idea where but in video games, even though architectural works could make use of it.
Quite some time ago, while on a trek far from any road and any city or village, I stumbled on two hills with eye-popping colors, insane gradients, and unique lighting (believe it or not, I didn’t use Photoshop or Lightroom or anything else to tweak the original picture, but I spotted a modified one on the Web). Add a shallow lake with a basaltic bottom, geysir smoke and sulphuric fog patches…
The sky is quite something, too. 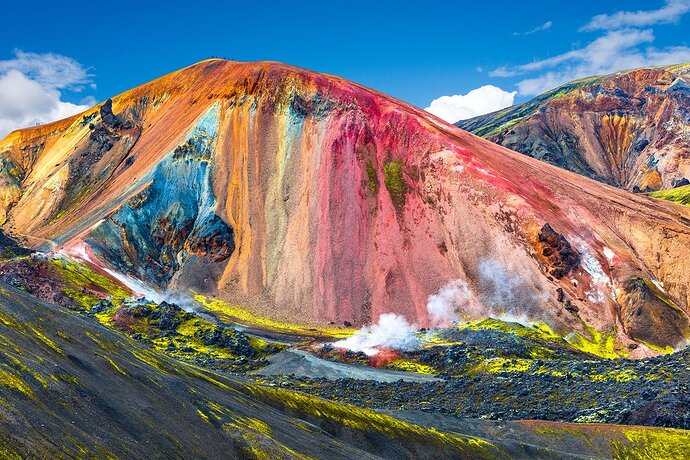 The only way I’ve found so far to get close to both pictures is to use NVIDIA Omniverse and vMaterials combined with Unreal Engine 4 and 5 USD assets.

I could use pictures as they are as a background, but it’d probably never be what I want, especially since it’s out of context. It retains all the metadata from the original picture, and metadata is precisely what I need to be able to work on if I ever use any of those pictures. No matter if I need to use third party software like PS, LR, etc. or not, it wouldn’t hurt having those pictures (as well as many others) handy right in my iPad.

Shared folders between devices are nice, but when you’ve got your “home fleet” and your “workshop fleet” plus what your colleagues and partners are using to deal with … it’s way too much and it slows down everything, for everyone.

Omniverse remains my favorite tool when it comes to projects involving a lot of people, but I’m looking forward to Shapr3D Webviewer to be able to share with partners, colleagues and customers alike in a lightweight environment.

Thanks for bearing with me and kudos if you’re still alive! I couldn’t make this post shorter.