How to partially raise shape that’s projected onto non-planar cylinder?

Hi, fairly new to shapr, so forgive me if there is a basic solution to this question, but how would I go about raising part of a rounded arm shape that’s been projected onto a cylindrical non-planar object? It’s difficult for me to explain, but essentially I am looking for a method to extrude or offset part of the projected shape so that it’s slanted in a way where the arm’s shoulder fades into the body instead of being extruded equally with all of the rest of the arm and sticking out. I am essentially looking for it to fade into becoming part of the main body that it is projected onto. I will include pictures below that might help show what I mean a bit better.
I
I 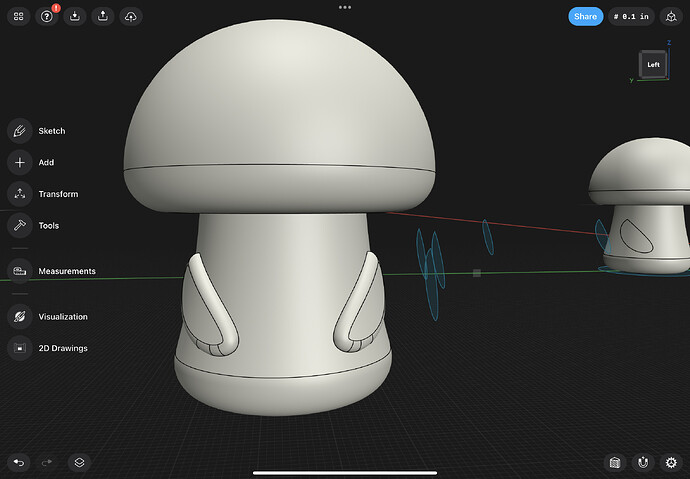 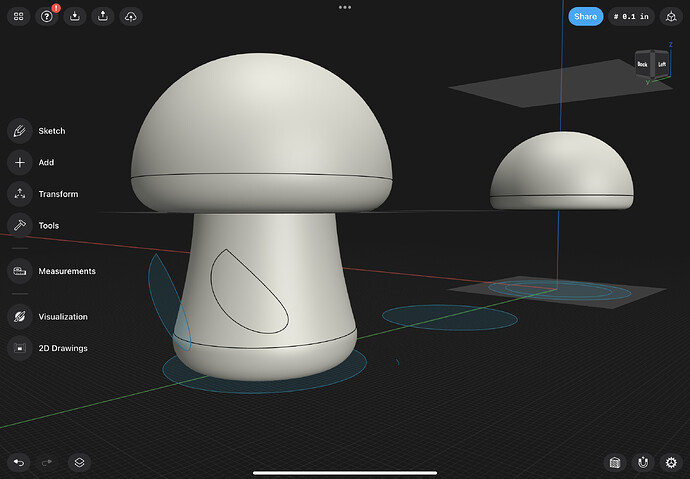 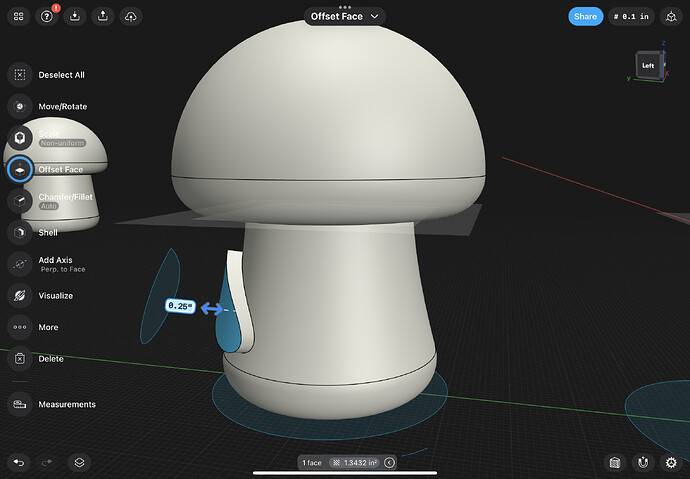 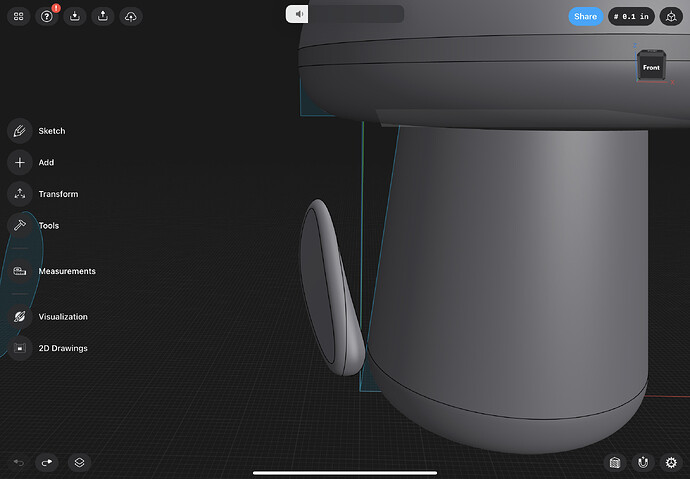 It looks like you extruded the arm as a New Body already. It should be easy enough to rotate it so the upper or lower part goes into the main body.
Nice concept btw, I like what you are doing.

Yes, the problem with Projecting a sketch on a non-planar surface is that it can become distorted, and, the extrusion is normal to the surface all around which I think is what you don’t want.

Thank you! Just wanted to play around with a few things and that’s what I came up with. I also attempted to rotate it and that kind of worked as a workaround, but I couldn’t really replicate it if I tried, so I mostly wanted to learn if it would be possible to extrude at an angle on a non planar surface, but it doesn’t appear so. Thank you for the response though!

Thank you for taking the time to replicate it and show me a new method! It looks like I may be able to alter that to get my desired outcome. The main thing I’m still confused on is how I could extrude or subtract from my body non-uniformly so that one side of that extrusion protrudes more than the other. I attempted to show this in my screenshot with the detached arm, but it wasn’t a very good angle. I’ll try to show a better angle, but the shape I’m looking for has a bit of an arc, more so than a uniform extrusion that raises the shape equally on all sides. The shape I’m looking for kind of resembles a screw thread, but with a tapered “shoulder” that blends into the mushroom’s body only on one side of the arm. Sorry for the long winded explanation, I’m still new to this!

Sort of - this reference picture might help explain it a little better than I can. I’m basically looking for the top of the arm to fade into the body. I guess another way I could describe it would be that the arm is almost just a contour or slight raise on the body rather than a separate entity. I’m open to any suggestions on how to achieve this look though! Thank you again for your help! 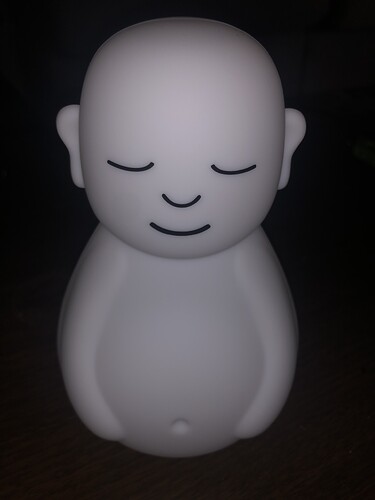 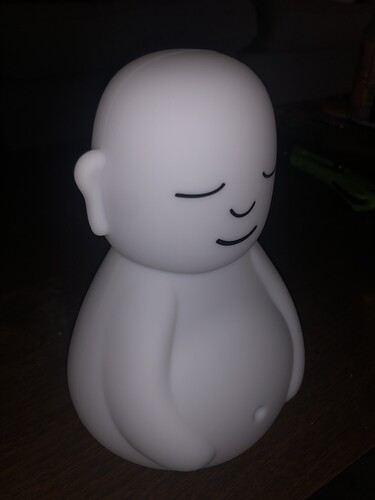 Here I used Sweep with a few tweaks along the way. I think that adding separate arm bodies are a better way than trying to extrude from the original.

Mike, at 00.05 when you rotated the circle and then it moved to the projected line, did you drag the circle over or move it some other way?

I used the Move-Rotate tool to tweak the position of the circle before I used Sweep. I eyeballed making it somewhat normal to the curved line used in the sweep. Afterwards I moved the new body inwards and then used Scale (not shown) at the top surface to narrow the top of the arm (an aesthetic thing).

That is exactly what I’m looking for! I attempted this idea at one point, but your execution of it makes it a lot easier and cleaner for sure. Just out of curiosity, if I were to attempt a similar idea for the feet, it seems like it wouldn’t work well because a line can’t really be projected onto the lower part of the body without curving underneath, but would you suggest a different method, or still sweeping? Or even a whole new base with the extruded feet included in it? I’ll include a picture for reference, thanks again for the video explanations as well! 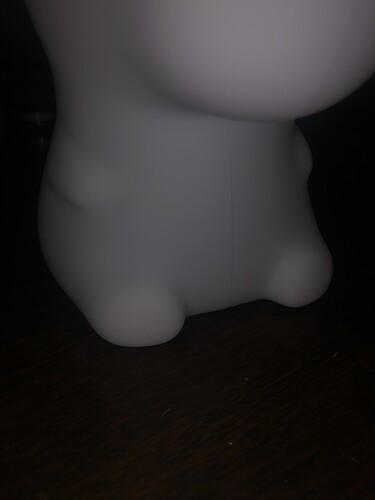 This is a bit Q&D but I extruded a body from an ellipse with an enlarged draft angle to make a foot. Then I embedded it to the main body, mirrored the other foot, did a Union followed by a fillet radius.