This probably qualifies as a feature request.

I have a couple of workflows that I use a lot with Shapr3d. One thing I do often is export my design in multiple formats and then airdrop them to my Mac. I always export as STL, STEP, and Shapr. I wish there were a way to set up a macro for doing this sort of thing. Basically, a way to add another export option where the user can define what formats they want to save in and each of the options for each format.

I am not sure how many folks would like this but I “REALLY” wish there was a way to connect a design to Git (like Github or bitbucket) so I can save interactions of the design. Ideally when the design is saved a “screenshot” of the current view would be saved in the repo along with the shapr file (or maybe even connected with the above feature request so all those formats are saved in stead).

As an example here is a repo where I maintain for various designs like my Piper PA-28 Airplane replacement parts: 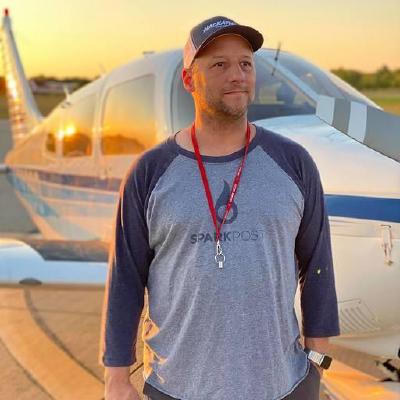 A collection of 3D parts to use in other projects. Contribute to yepher/3d_print_model_warehouse development by creating an account on GitHub.

Interesting idea. The whole point of computers is to simplify the process, speed up the execution, and automate the repetitive steps. One possible way to accomplish this would be for Shapr3D to expose some file access methods (copy, search, import/export, get info, etc.) to the iOS Shortcuts app. That would give a lot of flexibility and automation possibilities.

Speaking of automation, it would be nice to have some automation tools within S3D. A full blown, programmable macro capability would probably be hard to implement (and probably to learn, LOL), but some kind of “Repeat Last Command” feature would be very useful.

This could simplify creation of arrays of objects (which many people have asked for). As an example, any of the commands that have a “copy” option, could also have a “repeat last copy” option. Just repeat the exact same procedure with the same active object(s), parameters (distance, angle, etc.), except replace the new “origin” coordinates with the previous (calculated) “target” coordinates. This should work with almost any copy command and be almost trivial to implement (easy for me to say — LOL) as long as the objects are still selected because all necessary information is still teed up and ready to go.

All by itself, this enhancement would significantly reduce the amount of time and keystrokes/pencil taps required to perform common operations such as spacing identical objects equidistant around a center point. Even without a full blown “array” command, it would be much faster for tasks such as placing 48 teeth on a gear by using the select 2/4/8 trick.

@Steve arrays were the very first thing that came to my mind when I read “repeating commands,” then you went on to say it.

I do a lot of designs of motorcycle hubs, so spoke holes and their respective features get to be very tedious.
So I agree, a simple “repeat” function would speed up a lot of things in my workflow.

@Yepher I also do multiple file type exports at once, and being able to batch the process would be nice.
Maybe being able to select multiple export file types on the main export screen, then a continue button, instead of one at a time. You can set the export settings for each type in the main app settings, so you don’t have to specify them every time. Kinda like setting default, but you can change them if needed during export.